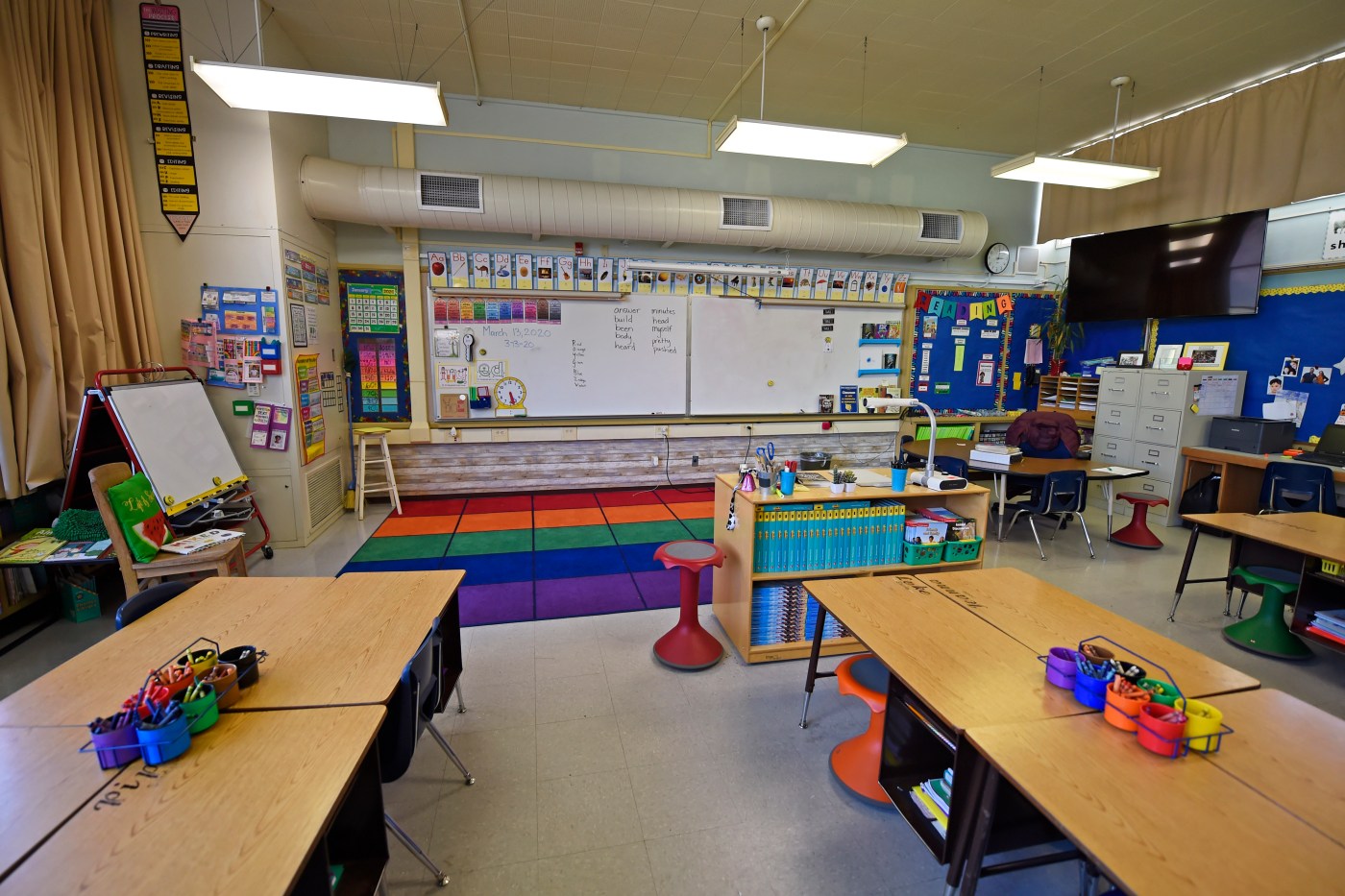 SACRAMENTO – California’s top education official announced Tuesday that schools likely will remain closed for the rest of this academic year to help contain the coronavirus pandemic, forcing them to shore up their distance learning efforts to prevent students from falling behind in their classwork. “Due to the current safety concerns and needs for ongoing social distancing it currently appears that our students will not be able to return to school campuses before the end of the school year,” state Superintendent of Schools Tony Thurmond said in a letter to county superintendents.

“This is in no way to suggest that school is over for the year,” he continued, “but rather we should put all efforts into strengthening our delivery of education through distance learning.” The letter comes roughly a week after closures of schools in half a dozen Bay Area counties were extended to May 1. It also follows a warning from Gov. Gavin Newsom that schools might not reopen by the end of the academic year. At a news conference Tuesday, Newsom said Thurmond led a call the previous day with all 58 county superintendents to discuss topics including congregate meals and distance learning. “But he also talked about the calendar,” Newsom said. “He talked not just about the calendar this spring, but about the fall calendar.

Talked about how people in communities large and small, districts large and small have different dates of expectation for when they may and may not come back. We are working together to formalize a much more robust framework.” Thurmond acknowledged that closing schools for the rest of the academic year could create hardships for some students, families and educators. “However, we are urging a safety first approach out of an abundance of caution,” he said in the letter. “As such, we urge that all school districts in California move towards and/or continue to strengthen their distance learning programs and opportunities for students.”

The California Department of Education is standing by to help districts with distance learning efforts, Thurmond said, adding that the agency has provided resources and guidance, which it will continue to “enhance.” In addition, the department will provide webinars and training, and is focusing on forging public-private partnerships with leaders in the technology and philanthropic sector to help expand home devices and internet access. Sachi Hwangbo, parent of two students at Palo Alto High School, said the news that school will stay closed for the remainder of the year was not surprising, though disappointing. Public health officials are acting responsibly and understand the main priority is to slow the spread of the virus, she said. “I’m not too stressed out about it and neither are my kids,” she said. “They’re just going with the flow and it seems like the teachers and staff at school are really trying to get ahead to where they can keep learning and not fall behind. Opening school back up is going to be the biggest challenge.” Anna Chan, of Clayton, whose 13-year-old daughter Ava attends Diablo View Middle School, also wasn’t surprised by the announcement. “We didn’t expect anything different, if you follow the news,” Chan said  “There’s no way schools were going to re-open. Still, this announcement took away any hope that the kids would go back.

There’s nothing you can do about it. It’s pulled a whole chunk out of our hearts.” Chan said she hasn’t had to be involved too much in her daughter’s schoolwork because her teachers seem to be keeping her busy in her room for much of the day with remote assignments. Her daughter even received a P.E. assignment to do sprints and other exercises in their back yard. But it’s hard for kids socially, Chan added. “They are not going to see their friends and their teachers.” San Mateo County Superintendent of Schools Nancy Magee said the county has had a plan for closure extensions in place since the middle of March and is “not deviating from them.” “I think Tony Thurmond’s letter is insisting or implying that all schools need to be delivering remote or at-home learning,” Magee said. She added that what the county has been doing so far — providing at-home and remote learning guidance, school lunches and childcare — is “exactly what Thurmond is asking schools to do and the county has been operating under that structure since March 16. In a statement, the Oakland Unified School District said it is working with local and state officials to “gain clarity and a possible directive about any extension of the closure.” “It’s important to note this is not a directive from Thurmond that schools will remain closed, but rather his assessment that if the pandemic continues, schools will likely remain closed,” the statement said.

A spokesman for the San Francisco Archdiocese, which operates 90 Catholic schools in San Francisco, Marin and San Mateo counties, said schools are expected to reopen on April 20, after Easter Break. However, the archdiocese has generally been following the recommendations of local and state officials on school closures, said Mike Brown, the spokesman. As of last week, both the Oakland and San Jose dioceses, which operate another 80 schools between them in the East Bay and South Bay, announced it would extend their school closures until May 1.

Related Articles California districts move to extend school closures to beginning of May — at least In his own words: Eloy Oakley on how California’s community colleges are coping with COVID-19 Coronavirus: California’s patients in ICUs triple, hospitalizations double More Than 5,000 Surgery Centers Can Now Serve As Makeshift Hospitals During COVID-19 Crisis Lake County health officer talks local COVID-19 testing Thurmond plans to discuss the school situation and upcoming guidance from his agency at a briefing Wednesday. “We are in unprecedented times, and it’s hard to tell what the future holds as we are all doing our best to flatten the curve,” Thurmond said in a statement Tuesday evening.

“From what we know right now, our schools will be closed longer than we originally thought,” he continued, “and it will be best if our schools are prepared for that extension, by having their distance learning models prepared to go until the end of the school year.” Staff writers Angela Ruggiero, Martha Ross and Kerry Crowley contributed to this report.

In his own words: Eloy Oakley on how California’s community colleges are coping...

How to get your coronavirus stimulus check as quickly as possible

Milano’s next stop is Trinity International

Trump Administration uses wartime powers to be first in...

As California lawmakers reconvene, not everyone agrees...

The whole is greater than the sum of its parts

California to begin reopening at end of this week, Gavin...

Jurisdictions with stricter regulations may still follow their own path, Newsom...

Despite the worst fears of the COVID-19 pandemic, the novel coronavirus has not...

Analysis: He got tested For Coronavirus. Then came the...

Although insurers had indeed agreed to cover the full cost of diagnostic coronavirus...

Gov. Newsom: On deadliest day of COVID-19 pandemic, ‘there...

Local restaurants and businesses continue to provide services as best as they can...

According to the Redwood Empire Food bank, their number of participants during the...